The roots of harness racing go deep into the life of Prince Edward Island and are an integral part of its agricultural heritage. The sport represents one of the most visible and dramatic expressions of the land’s bounty and today, as in the past, many Islanders who achieve worldly success reaffirm their contact with the land by breeding, raising and racing of horses. 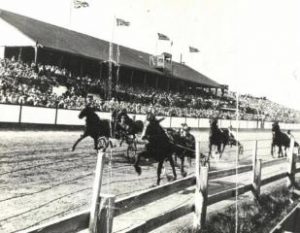 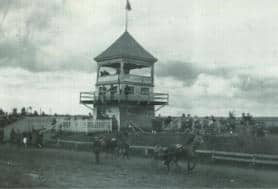 A visit to the heart of Prince Edward Island reveals many unpaved roads of red clay, looking much as they must have a century ago. Long and straight, these roads cut across ridge and valley, undulating ribbons of red against emerald green fields. It was on roads such as these that neighbours would match their horses against each other.  These contests, often spontaneous, arose out of the competitive desire of horse owners to pass and not be passed, and were one of the diversions readily available to people in the country. Growth of interest in the sport, and growth of traffic on the roads, forced harness racing onto specially constructed tracks, and by the 1880’s the Island could boast of more than two dozen.